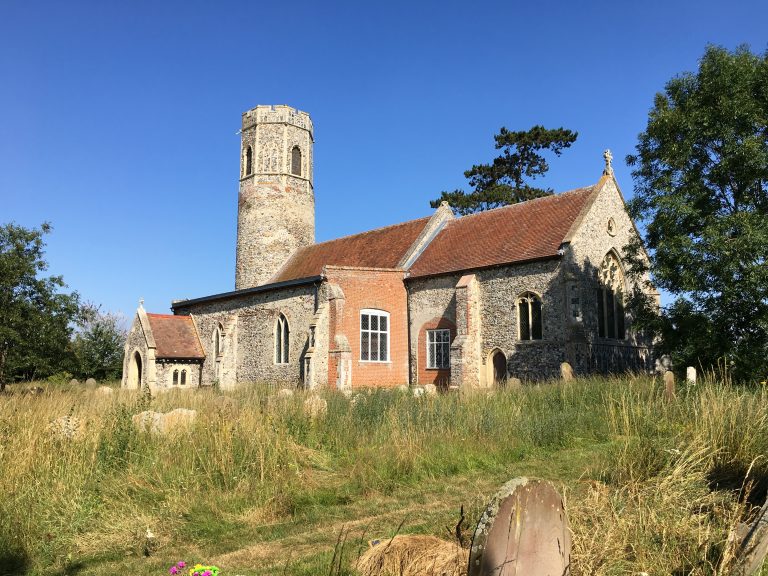 Saturday and Sunday 9am to 5pm April to end of October. Plus Bank Holiday Mondays.
Church Road, Mutford, NR34 7UZ
Parking nearby
Footpath, trail or cycle route
Grade I

St Andrew's is a well maintained, rural English country parish church whose patron is Gonville and Caius College, Cambridge. It is likely one of the two churches listed in the Domesday Book of 1086 for Mutford or stands on the site of one of them. The church is Anglo-Norman in origin with an extensive rebuild undertaken in the mid C14 with only the lower round tower being C11. The C14 build added a south aisle, a lady chapel, heightened the tower and capped it with an octagonal belfry. A Galilee porch was also added to west end, the only one in England built against a round tower. The church has been subject to several cycles of maintenance activity over the centuries, some more sympathetic than others. There is much to see of these restorations in the stone and flint work when you walk around the church, especially on the north nave wall where the windows were raised in the C15. There are three bells in the tower which were forged in the C17 at the Whitechapel Foundry in London, likely reusing the old bells as source material. The church is surrounded by a graveyard with the earliest headstone reporting a date of 1730. Within the church the one remaining brass plaque commemorates an interment of 1608. There is also an early C14 (defaced) cross slab tomb stone in the chancel. The parish of Mutford comprises four fairly separate clusters of residential housing separated by narrow lanes and has few facilities. The population is around 450. St Andrew's is part of the benefice with the larger church of St Peter's in Carlton Colville and has a small but loyal congregation. The church is wheelchair accessible, please contact church for details. 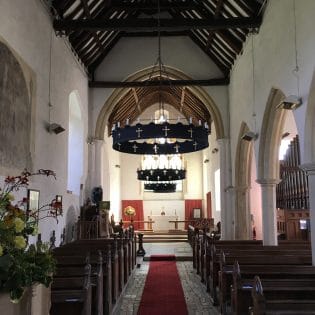 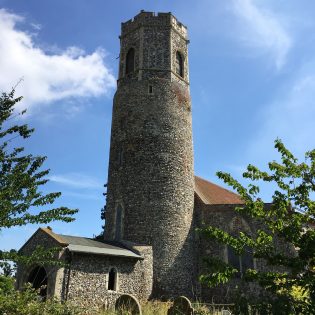 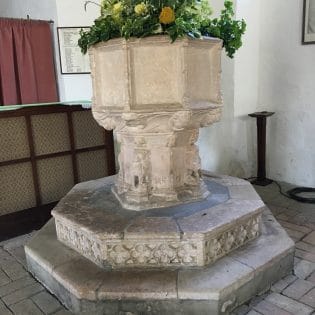