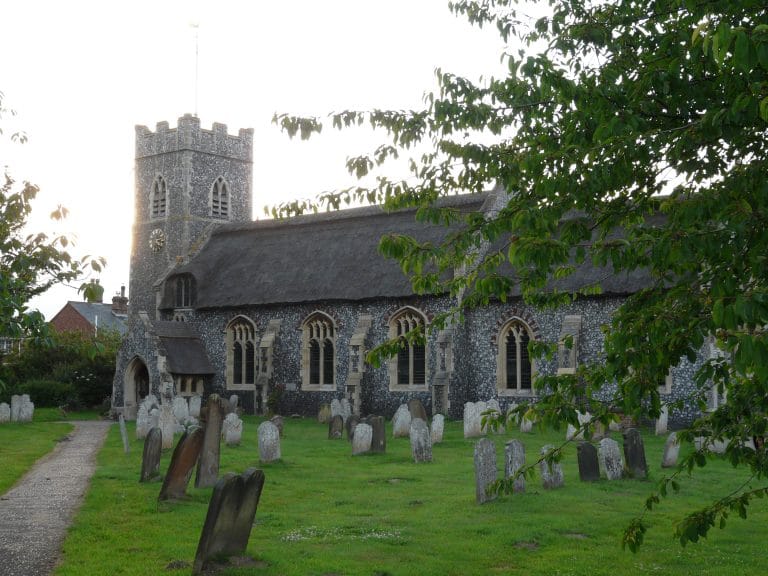 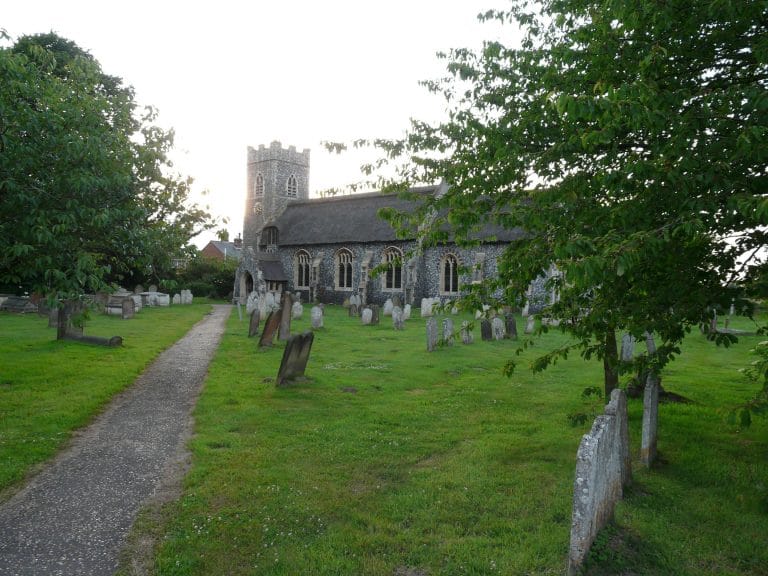 Keyholder details are displayed in the porch or phone 01493 369689 to discuss your access requirements.
Main Road (A1064), Burgh St Margaret, NR29 3AG
Shop(s) or amenities nearby
Parking nearby
Important stained glass
Grade II*

This C14 structure with Norman features is one of only 53 completely thatched churches in Norfolk. The tower has three bells that have recently been repaired and restored which are rung by a team of bell ringers at services. Previously the bells were rung from the vestry on the ground floor, but now there is a new bell-ringing chamber on the first floor adjacent to a windowed gallery which overlooks the nave. In medieval times the rents from a plot of two roods of land, called Plow Light half-acre, were used to pay for a candle (known as the Plough Light) to be kept burning perpetually in the chancel. There is a record of an ancient brass which was in the church referring to the late Edward Peake who died in 1705. He bequested a Penny Loaf to be given to each child attending the village primary school, a tradition still carried out today. Amongst the brightly painted roof bosses inside the church, one bears the Royal Arms and another shows the Arms of the See of Norwich. Outside the church on the Main Road there is a War Memorial which was first erected in 1922 in memory of the men from Burgh St Margaret and Billockby who died in the Great War and the names of those who fell in World War Two were added in 1946. Inside the church on the North Wall of the nave an Honour Board was installed in 1978 to preserve the names of the fallen due to weathering on the War Memorial. Approximately a mile to the north east of St Margaret's, in the middle of a field, lie the decayed ruins of the Saxon tower of St Mary's church. 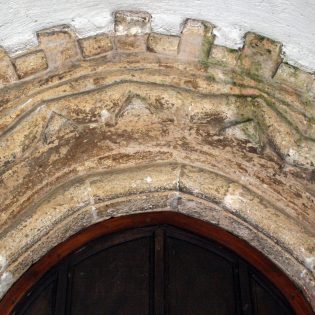 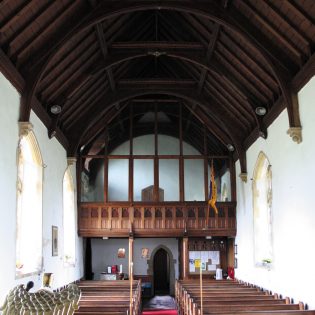 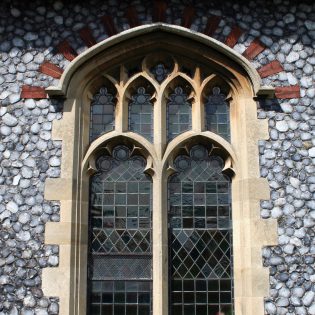 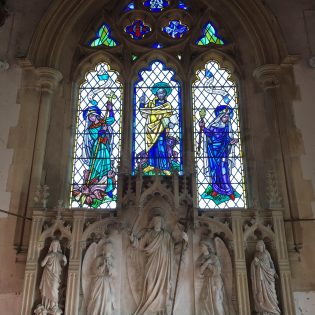 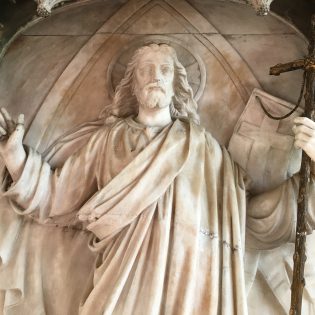