The church consists of a west tower, a nave with a south porch and north aisle, and chancel. The greater part of what can be seen now dates from the C12 and C15 and two drastic restorations in the C19. The tower arch is Norman, as is a great deal of the walling of the nave and chancel. The C15 porch has a contemporary roof and fine flushwork panelling; there is an interesting green man on one of the spandrels of the arch and niche over the C15 chancel arch, decorated with masks and fleuron's. The C15 font is octagonal, with the symbols of the evangelists on alternate faces. The tower, in brick, was rebuilt in 1887 as was the north nave arcade. The altar is Stuart. There are two sets of Royal Arms, one Stuart and the other dated 1746. There are fine Decalogue boards with paintings of Moses and Aaron on them. The interior was most interestingly decorated in the late Victorian and Edwardian period. There is a fine C14 table tomb in the churchyard. 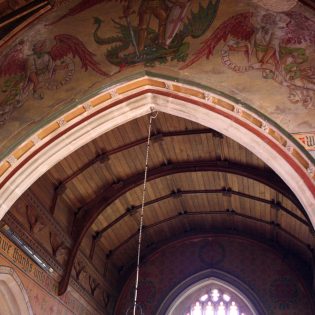 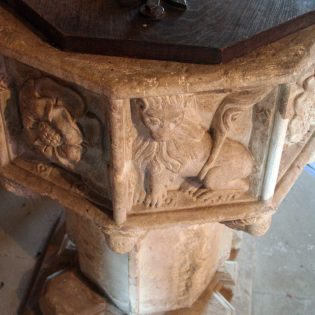 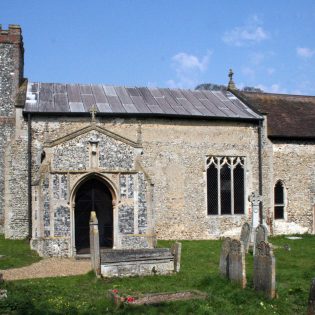 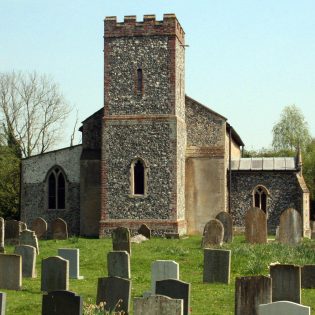 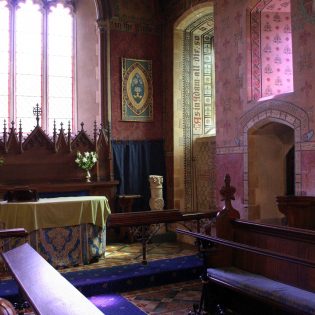