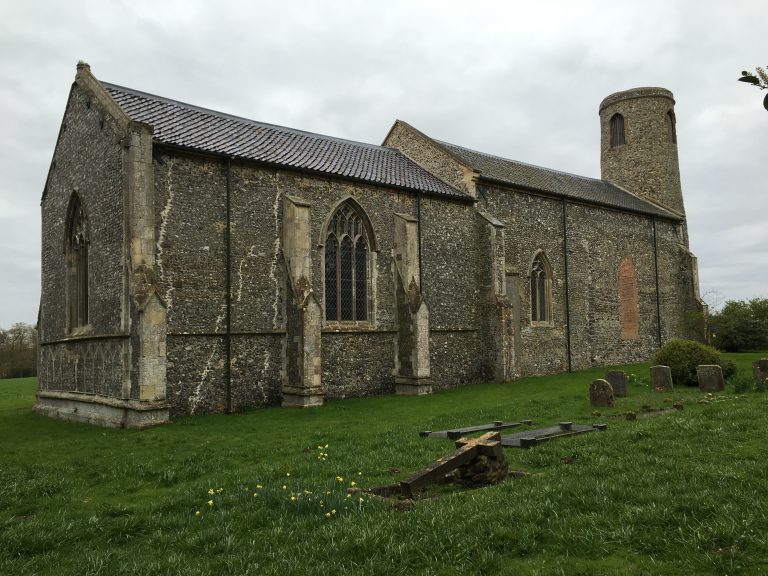 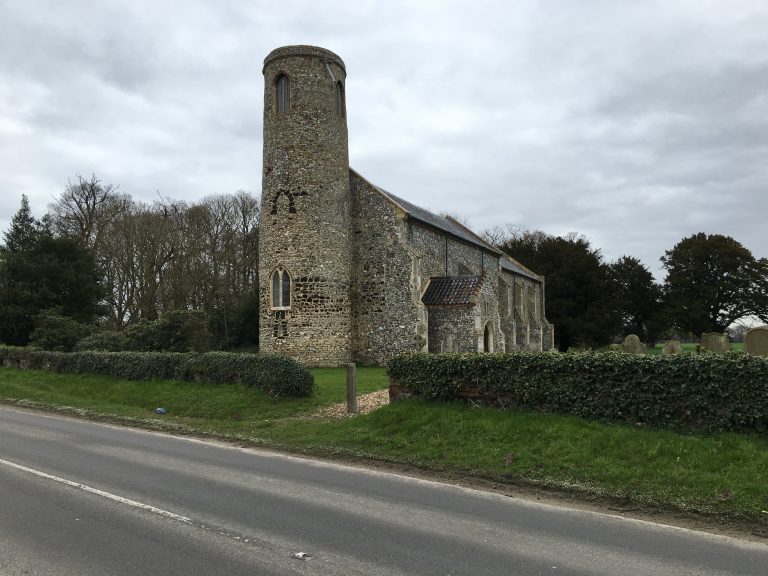 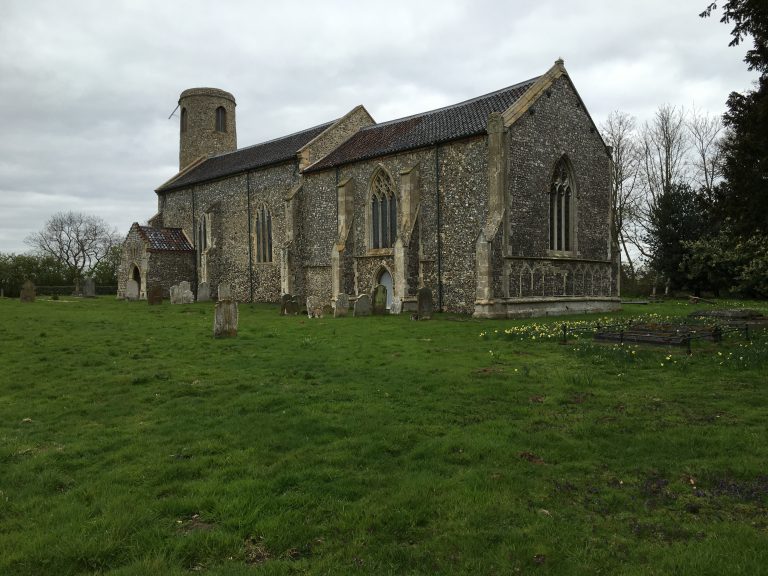 The round-towered Beeston St Lawrence Church, just off todayâ€™s A1151 about two miles north-east of Hoveton/Wroxham, dates from Saxon times. It was or became, presumably, the home church of the now-defunct village of Beeston St Lawrence referenced in William the Conquerorâ€™s Little Doomsday Book [published 1086]. Surrounding the Church on three sides is the Beeston Hall Estate, from the early 1640s until 1994 the seat of the Preston family who acquired it from the Hobarts of Blickling; many members of the Preston family are memorialized within and/or on its walls, including the Estateâ€™s last Preston owner/occupier: Sir Ronald Douglas Hildebrand Preston, Bt. The Church is constructed mostly of rough-coursed flint rubble interspersed, in its earliest elevations, with carstone [mineralized iron ore] dressings; sections of coursed squared-knapped flint and medieval and C18 brickwork, and sandstone dressings also present. Enlightening the church are a selection of mostly- C14 windows. The tower and north exterior wall of the church evidence with remarkable clarity a succession of buildings, rebuildings and alterations, to wit: late C11/early C12: construction of the original one or two-celled [nave and chancel, or perhaps just nave] church and a low round tower 14th-16th centuries: various works, including entirely rebuilding the south walls of the nave and chancel to achieve the footprint of the present-day church, and several raisings of the tower. Early C19: original [likely thatched] roof replaced with a lower-pitched tiled one, and installation of a coved, Gothick ceiling similar to that in Beeston Hall [built 1785-1787] Mid C20: tower parapet lowered and most [? all] window-glass replaced following damage by a German V 2 rocket. The church and its yard are now administered by The Beeston St Lawrence Church Trust. 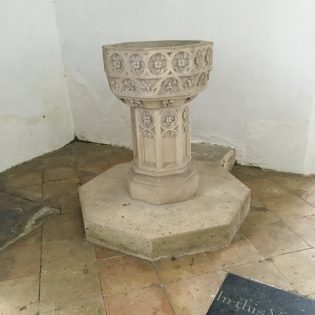 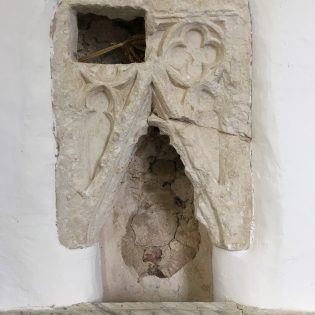 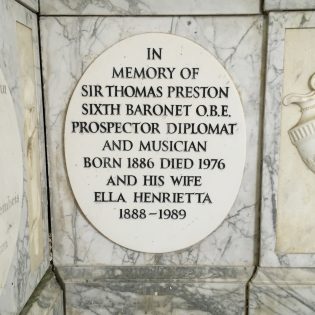 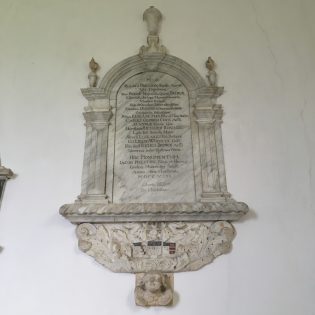 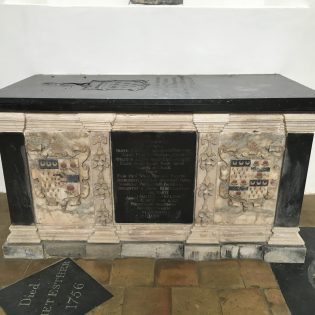 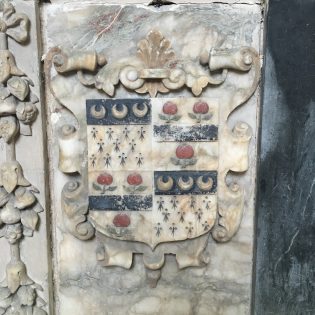 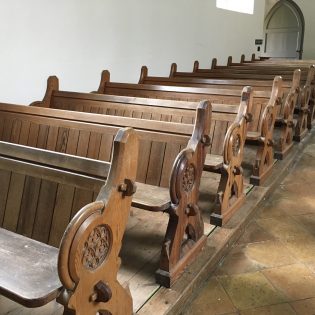 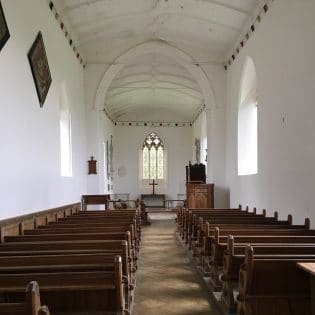