C15, set on hill overlooking village and sea. C15 carved stone font; light airy interior; new screen and bell ringing galley. Remains of the C15 woodwork can be seen in the choir and return stalls in the chancel and across the chancel arch the rood screen, through very much restored, is similar in design to that in the neighbouring church at Hempstead (1523) and was probably made by the same craftsmen. But whereas at Hempstead figure paintings have remained on the panels at the base, here at Happisburgh they have been obliterated, through traces of them have survived suggestion that they may have represented the Nine Orders of Angels, the Heavenly Hierarchy. 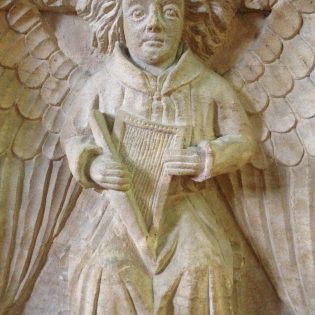 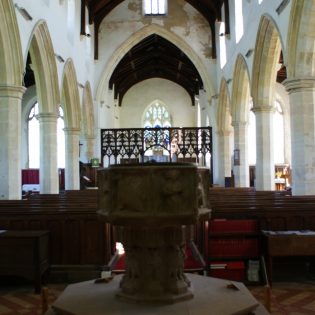 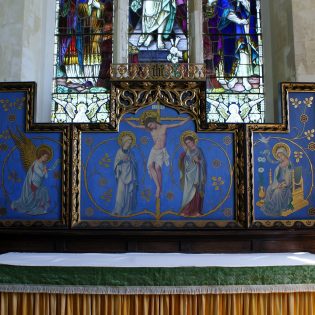 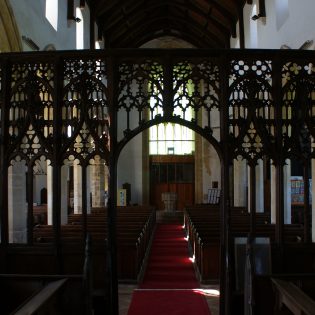 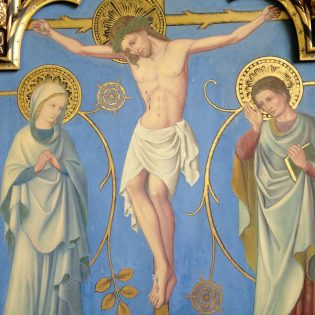 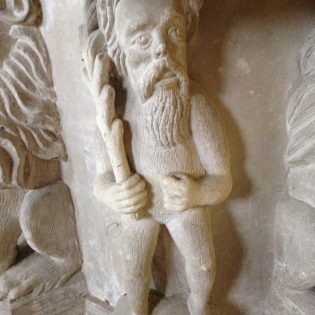