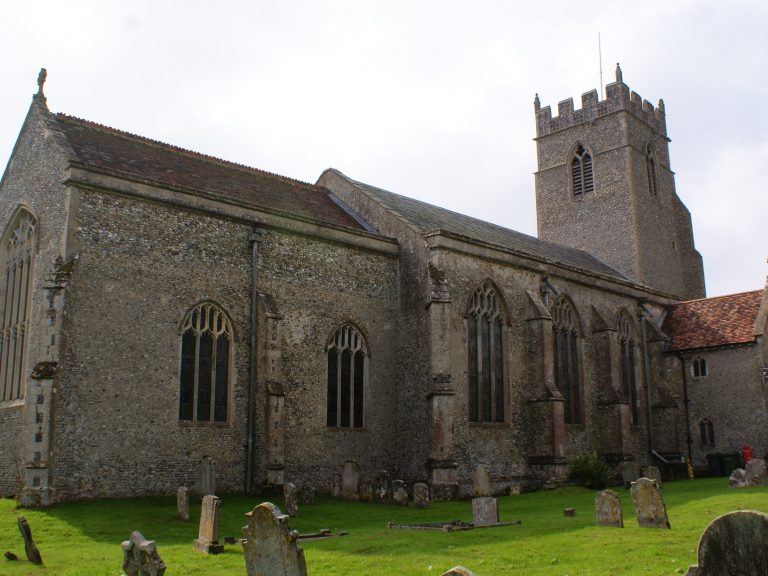 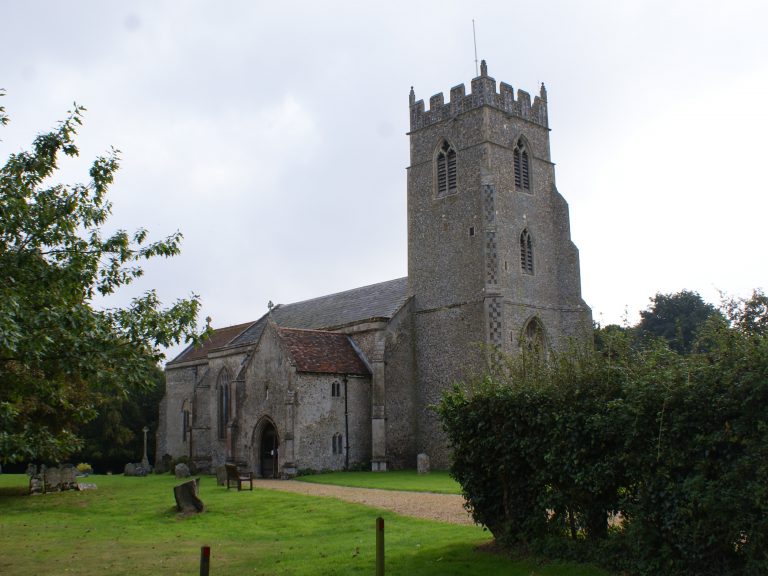 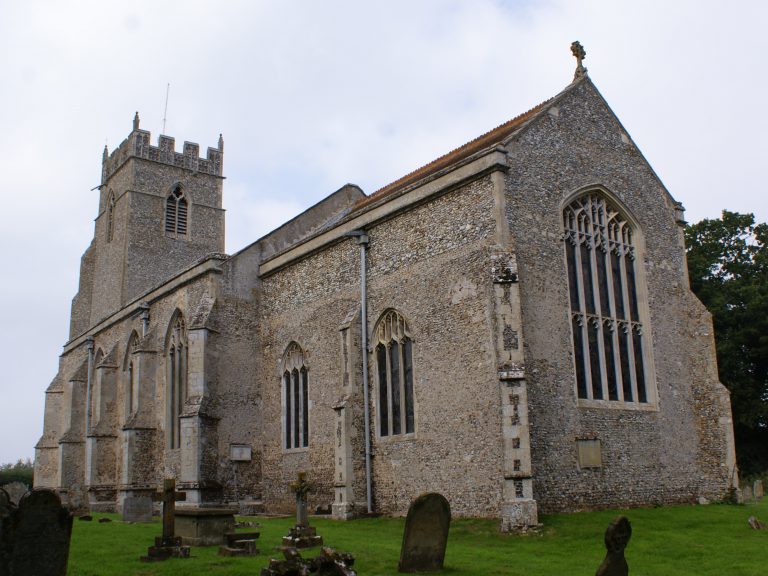 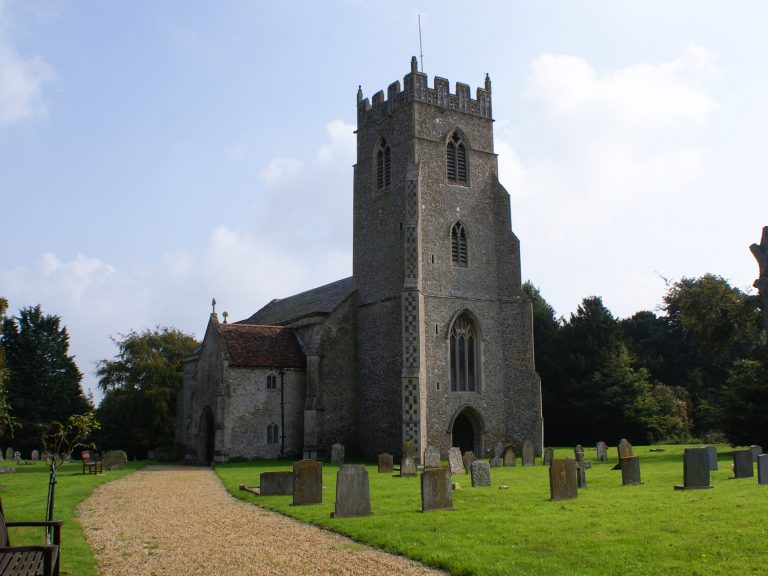 The parish church of St Maryâ€™s in North Tuddenham near Dereham is a Grade 1 listed building which sits proudly alone in a farming land a few hundred metres from the roar of the A47, not far from the village hall. It consists of a chancel, a nave, west tower and north porch. It is said to replace an earlier church. Pretty much everything you see post-dates the Black Death. The tower is the earliest part, from just before 1400, while the chancel and nave appear to date from the early C15 century. Two consecutive Rectors left their indelible mark on St Maryâ€™s. They were Robert Barry and Benjamin Armstrong, who between them shepherded the parish from 1851 to 1924. Opening the north door, visitors are often amazed at the sheer size and height of the open plan church and liken it to a cathedral. Looking eastward towards the vast mouth of the chancel arch it is nothing less than a Victorian citadel. Internally the nave and chancel have been decorated with stencils and wall tiles, of 1884, creating a rather unique interior. The walls, to a height of six feet or more, are covered in vivid patterned tiles. Beyond them, rising to the high roof, is elaborate stencilling. High above, huge pastel roundels depict angels and Saints. The ground level windows in the porch contain fragments of intricately painted medieval glass. Elsewhere there is medieval glass in the tracery lights to the north and south nave, and south chancel windows. Much of the other glass is Victorian or early C20. The story goes that Barry found the medieval glass in a builder's yard in nearby Dereham in the early 1880s. There are parts of several sequences, most notably the life and martyrdoms of St Margaret and St George, the Seven Sacraments, the Apostles with Creed scrolls, and, most unusually, incidents in the teaching life of Christ. The best is probably in the west window, but there are also figures in the upper lights of the north aisle and in some of the south aisle. In the west window are two panels depicting incidents early in the St Margaret story. In the first, she sits in a field and spins, and in the second, we see her for the first time in her suitor's palace. St Margaret was a hugely important Saint in medieval East Anglia. The third panel in the lower west window depicts two incidents in the St George story, his donning of his armour and his attacking the dragon. In the nave, the huge windows are filled with Ward & Hughes glass, but the upper lights have a wonderful collection of glass from the 14th and 15th centuries. And it isn't only the glass which is of importance; the screen, which probably did come from here, retains panel paintings from the first decades of the 16th century, shortly before the Reformation. The base of the original medieval screen remains with eight of the original twelve saints that may have been repainted. They are St Agnes who has a dagger pointed at her neck and her lamb at her foot; St Gregory, St Dorothy with flowers and fruit and St Jeron with a falcon on his arm on the north side, and St Catherine holding her sword and next to her wheel; St Sebastian with an arrow; St Etheldreda and St Roche showing plague sores on his leg. There are four additional medieval painted panels in the tower screen that come from an unknown church. They are of English workmanship and of a date 1380-90 and represent St. Gregory, St. Agnus, St. Matthew and St. Mark. Other features include a Bevington windpipe organ installed in the chancel in 1875, an octagonal font and two relatively old chests, one thirteenth century and one C15 within the nave. Finally, the single bell, high up in the Norman tower, dates back to c1380 and was made by a Kings Lynn foundry man Thomas de Lynn. It was restored to good working order by the oldest manufacturing company in the UK, Whitechapel Bell Foundry of London in 2013 so that once again it can be heard on Sunday mornings, calling worshipers to church. As we know, the vast majority of parish churches were restored to their medieval configuration by the Victorians after centuries as preaching houses, but few churches retain quite so much evidence of this as St Maryâ€™s. This church would seat seven or eight hundred people quite comfortably. Barely a hundredth of this number use it regularly now, but of course it must never be lost to us, because it is a national treasure. Indeed 7 Churches from the Norwich Diocese including St Mary's, North Tuddenham, have been included in the Church Care 100 Church Treasures Appeal List which has identified 100 churches with artworks, including our stained-glass windows, which are currently most in need of conservation. 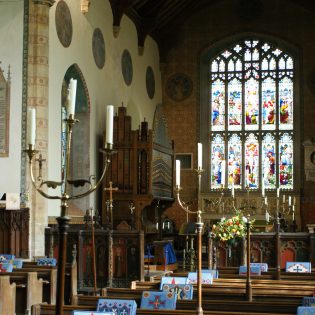 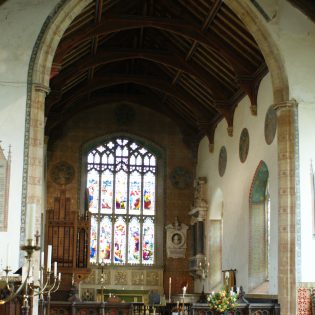 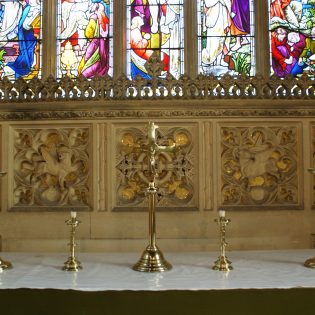 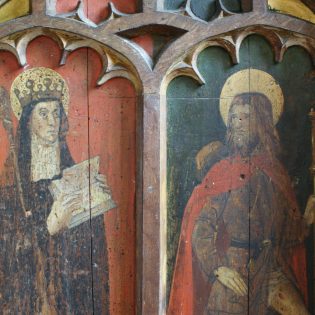 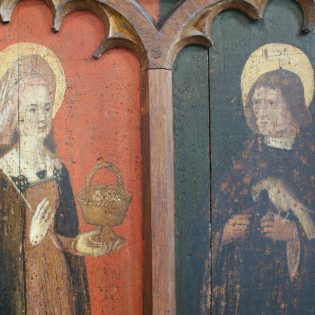 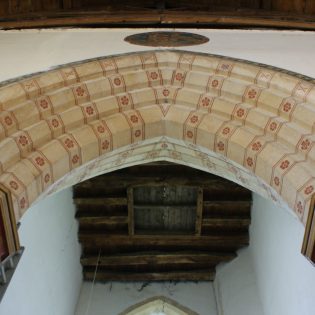 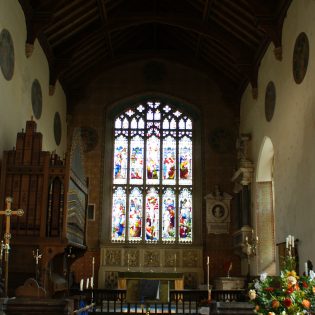