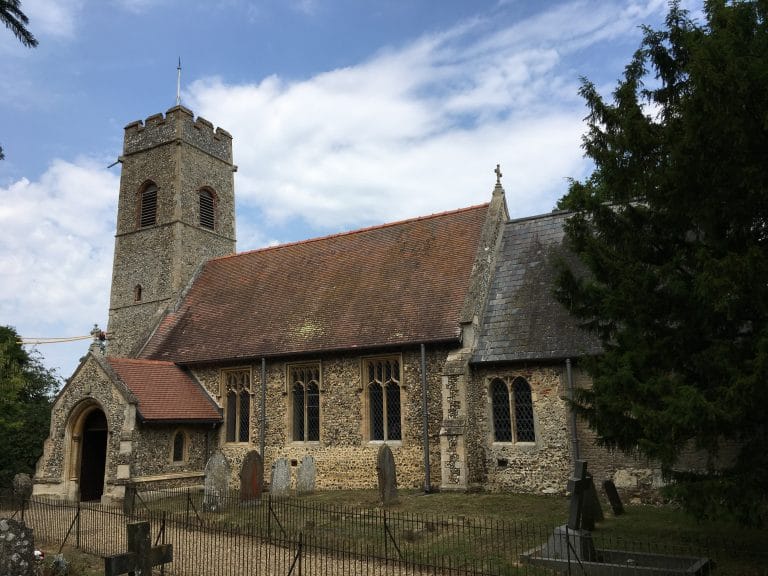 St Mary's stands in the middle of a well kept churchyard and is mainly of flint construction with slate and tile roofs. The church is entered by a C14 medieval door, which retains its original handle and ironwork, and a lovely arch, with a hood mould and corbel heads. The C14 tower is of tapered flintwork and has an original lancet window to the west and a niche in the south wall which was probably a holy water stoup. There is a large wall print of Royal Coat of Arms to Queen Victoria. Three bells dated from 1599 hang in the tower and were re-tuned and rehung by The Whitechapel foundry in 1987, at which time they were so arranged that they can be tolled by one person standing at ground level. The octagonal font dates from the C15 and has been completely re-cut with angels bearing shields and cheerfully painted figures of saints. The Bevington organ is late C19, built by Cranmer of London and acquired from the former Surrey chapel in Norwich in 1981. Because of lack of space not all pipes have been installed. The vestry was built in around 1937 and above the substantial entrance door hangs a hatchment to Mary Hotblack, the black background indicating that she was unmarried or a widow. The Hotblack family were great benefactors of the church and also built the entrance porch and doubtless contributed to the Victorian restorations carried out in the late C19. The bronze first War Memorial hangs on the north wall of the nave and is a fine example of the work of Charles Hobbis of Norwich, a craftsman of considerable standing. Nearby north windows have stained glass, which maybe foreign, depicting two female heads, believed to be Martha and Mary. The roundels were salvaged from broken glass following the nearby explosion of a V2 rocket in WWII. The pulpit was erected to commemorate Queen Victoria's jubilee. The Rector's stall nearby bears a carved rooster, possible a reminder of Jesus' words during the last supper (Mark 14). In the chancel, partly rebuilt in brick, is a memorial to Mary Hotblack and, behind the altar, a rerodos believed to have been painted by the daughter of a former Rector. Two brass inscriptions commemorate Robert Cooke (died 1638) and his son John, who died the same year. The stained glass window depicts St George and the east window is dedicated to Mary, in commemoration of those who died in WWII. The church lost it thatched roof in 1892 when the porch was built and the pews installed and much other work was undertaken to give the church, like many others, a distinct Victorian influence. About four metres to the east of the chancel are the remaining flint fragments of all that is left of St Margaret's church. We have little idea what this building looked like as it has been a ruin for about 300 years, but probably dates from around the same time as St Mary's. It probably consisted of a simple chapel or a nave and chancel. Perhaps the existence of two churches was because, after the Roman conquest, the township of Roklunda, in the days of Edward the Confessor, was divided into two - one part owned by the Earl of Norfolk and the other eventually coming into the possession of the Abbots of Langley. At the time of Henry VIII, the two were joined together and became Rockland St Mary. The church has services most Sundays. 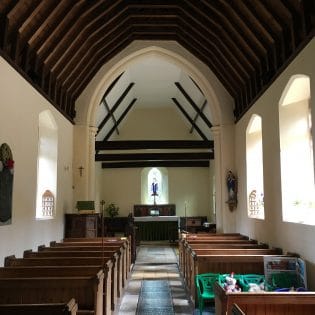 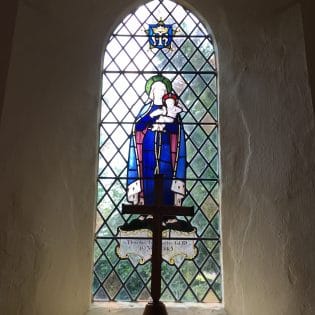 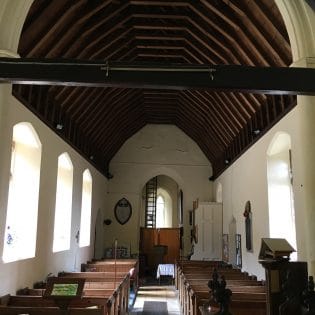 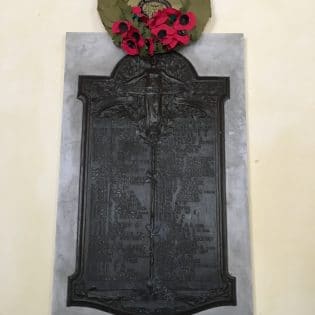 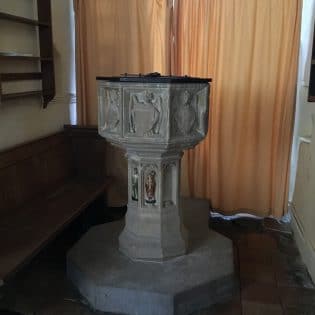 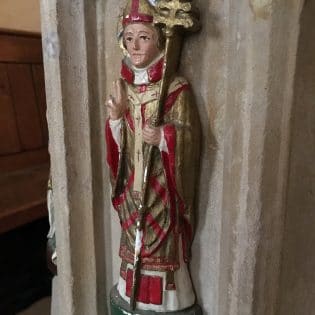