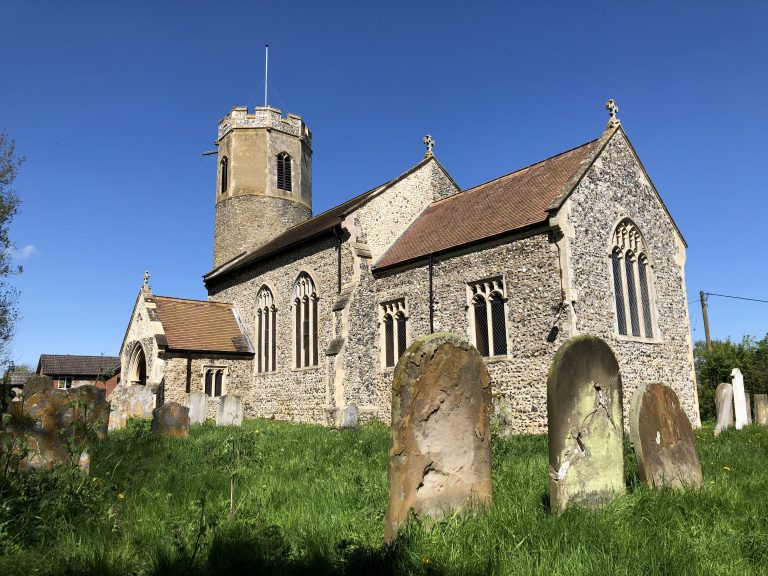 Saturdays 9am - 3pm throughout the year.
Church Road, Swainsthorpe, NR14 8PH
Toilets nearby
Shop(s) or amenities nearby
Parking nearby
Angel roof
Grade II*

St. Peter's is a small medieval flint church with a round west tower betraying its Saxo-Norman origins (listed grade II*). There were originally two churches in the village, but there is no trace today of Swainsthorpe St Mary near the river, abandoned before the Reformation. The round west tower of St Peter's is probably from the 12th century and it has been traditionally thought that this was built on to a pre-existing Saxon nave. The dimensions and height of the nave suggest Saxon origin - but there is little other evidence. From the earliest times in the life of the church building, to at least the late medieval period, the place would have been busy with all kinds of secular activities and the focus of the everyday as well as the religious days. The fabric of the building clearly reflects the social and religious changes that have taken place during its life. It is likely that some of the brick and tile - and perhaps even flint were brought from the Roman ruins at Caistor St Edmund. The rest of the building dates to a rebuild in the C14, when the north aisle and porch were added, as well as the top stage of the tower and a new chancel. There is an unusually tall wave-moulded tower arch, probably dating from this period - something of an act of faith with a round tower. There is a ring of four bells, but the poor condition of the fittings makes them unringable at present. The south nave and chancel windows were installed in the C15. The roof was probably rebuilt in close to this time and decorated with carved wooden angels and faces of people and animals carved into the roof posts. In the C17 it is likely that any stained glass was removed, or destroyed, and colourful interior decoration whitewashed over. The church was heavily restored in 1885 at a cost of Â£1500 when the south porch was reduced in height and rebuilt, the chancel roof replaced and the nave roof restored. The current pews, lectern and pulpit were installed around this time. There is a brass plaque war memorial on the north side of the tower arch with a book of remembrance and a plaque on the organ in the north aisle. The building has been reshaped to fit its purpose and use throughout its life. As we look to the future, the church members hope to extend from the closed off arch in the north aisle to provide toilets and a kitchen, securing its place in the community of Swainsthorpe for generations to come. The toilet is located in the churchyard. 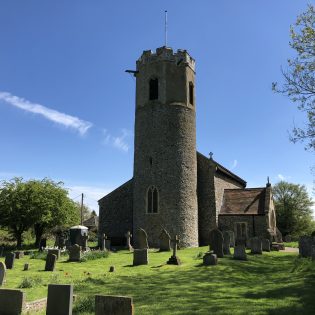 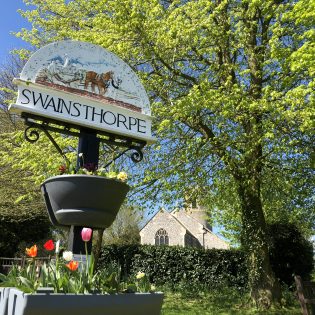