Almost 600 years ago, a church roof full of angels hovering benevolently over the congregation must have been a comforting reminder of the heaven they hoped awaited them. To the 21st-century visitor, they are a source of wonder and among our finest treasures. Absolute masterpieces of carpentry and engineering, they survive largely because the iconoclasts of the Reformation were simply unable to reach them.

In Norfolk there are over 40 stunning angel roofs, mostly 15th-century, some original, others restored. So where on earth do you start?

Let’s go to north Norfolk at St Agnes, Cawston where the magnificent, feathered angels are at least six-foot-tall, standing upright, and in their original colours. Clearly, no expense was spared when this roof was created around 1470, a century after the church itself was built.

The roof angels at nearby St Peter and St Paul, Salle also retain their original colours along with the sacred monograms on the roof timbers.

Over in mid Norfolk, St Peter’s, Swaffham has one of the most spectacular angel roofs in Norfolk with over 190 angels said to be carved from chestnut rather than oak. 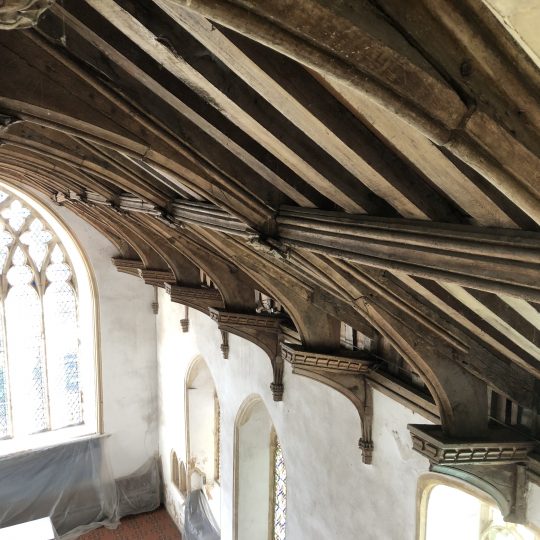 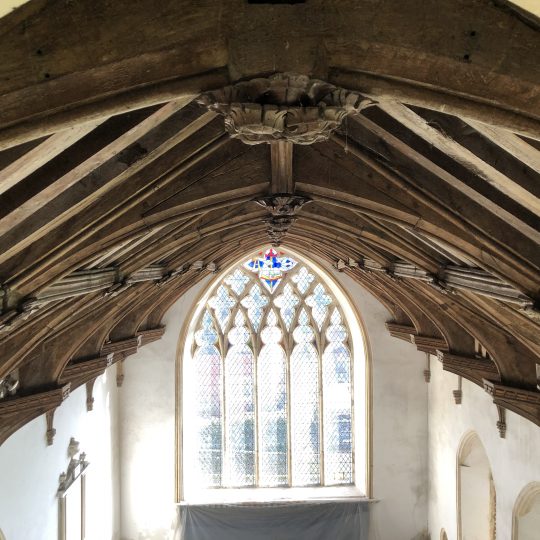 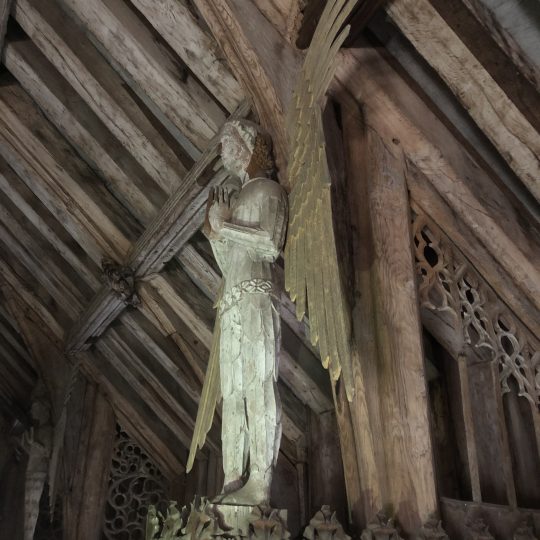 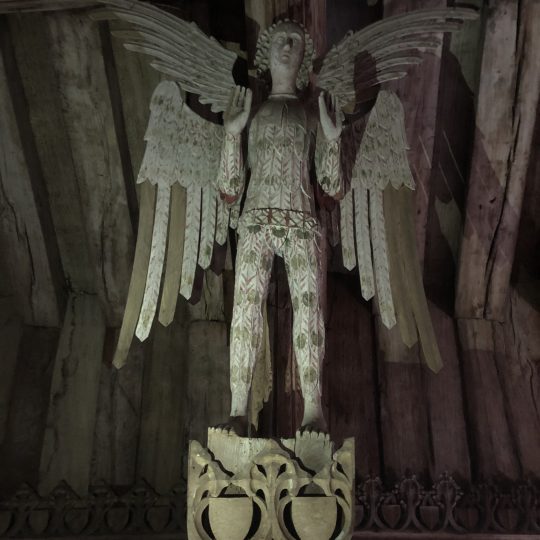 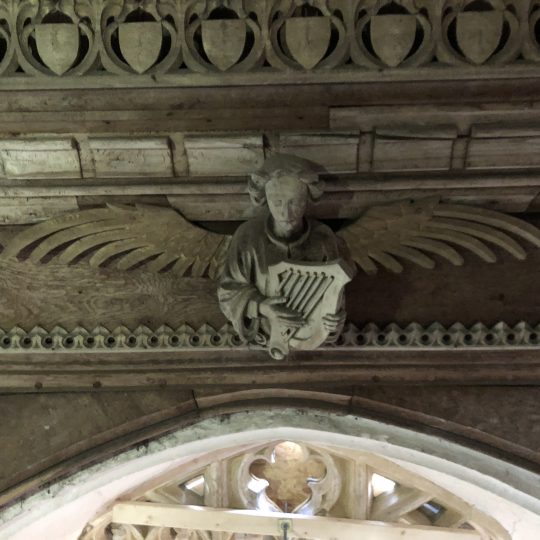 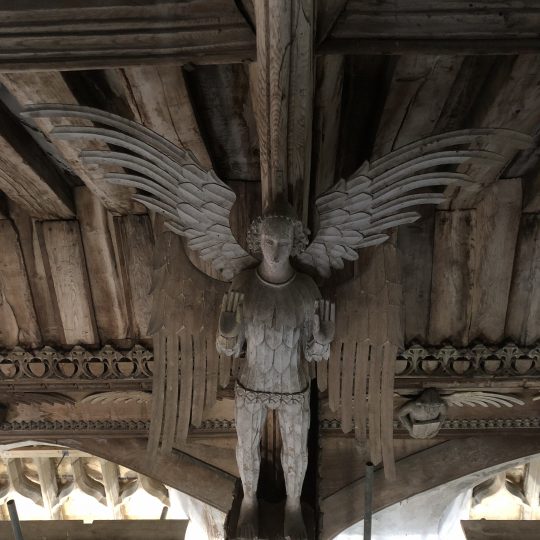 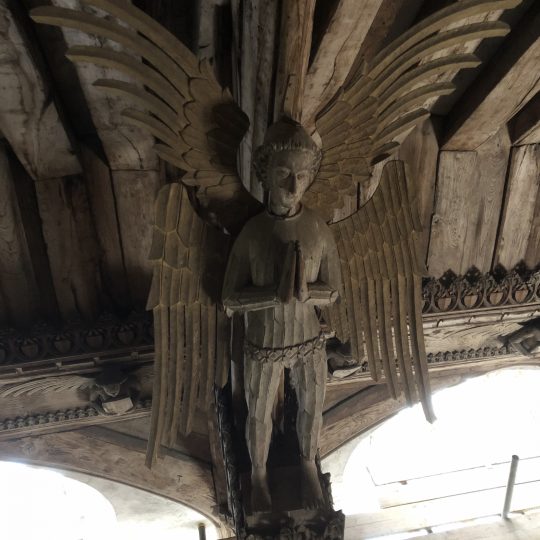 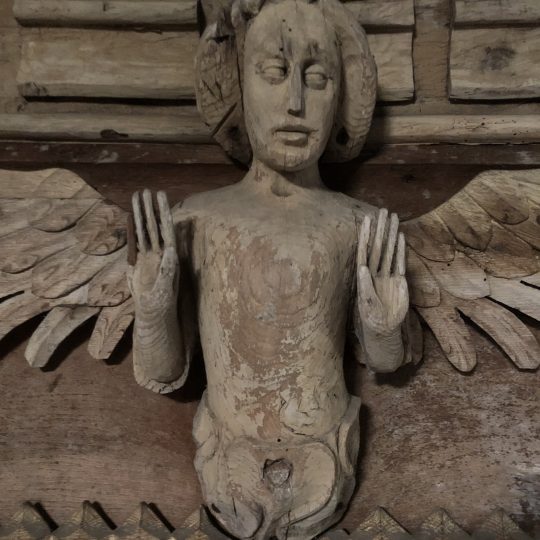 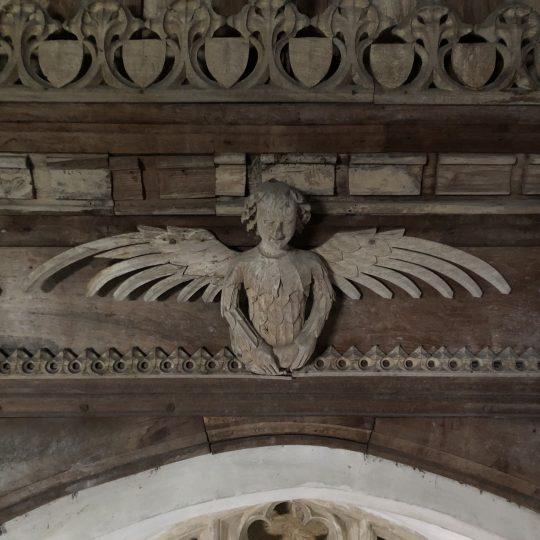 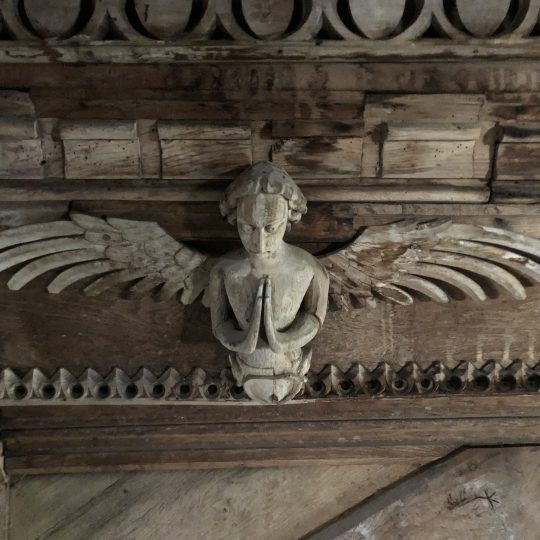 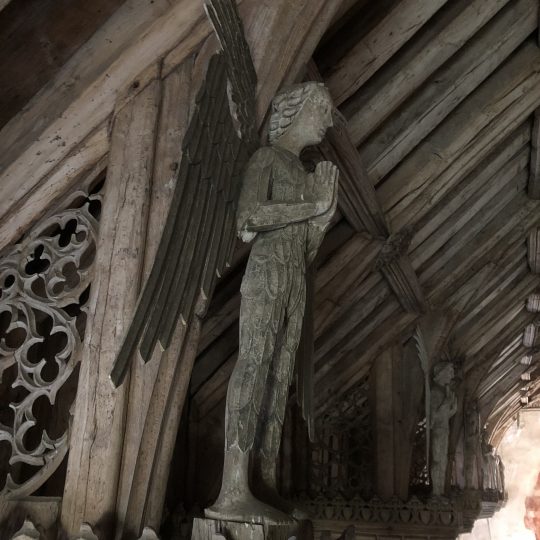 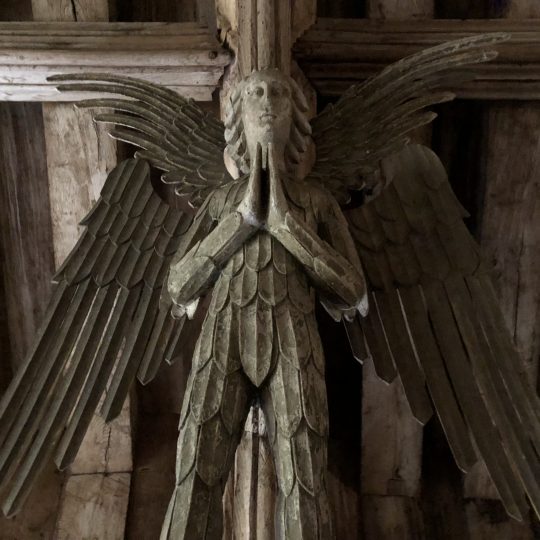 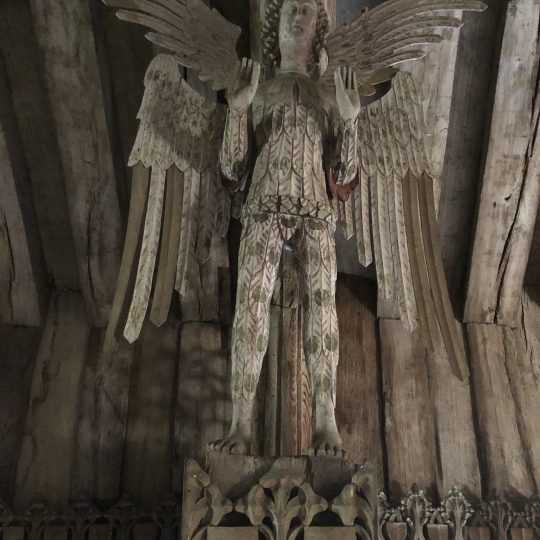 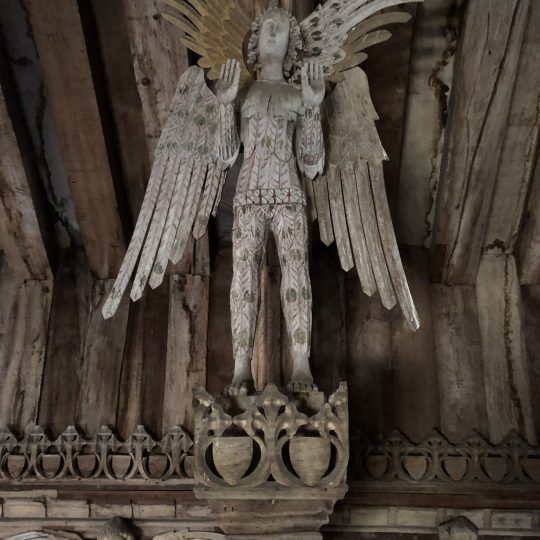 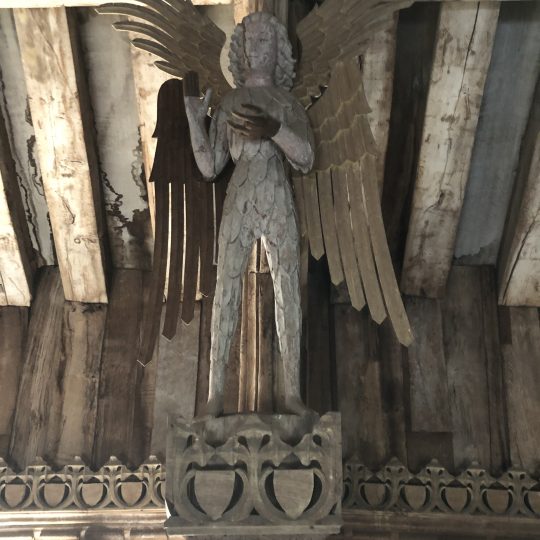 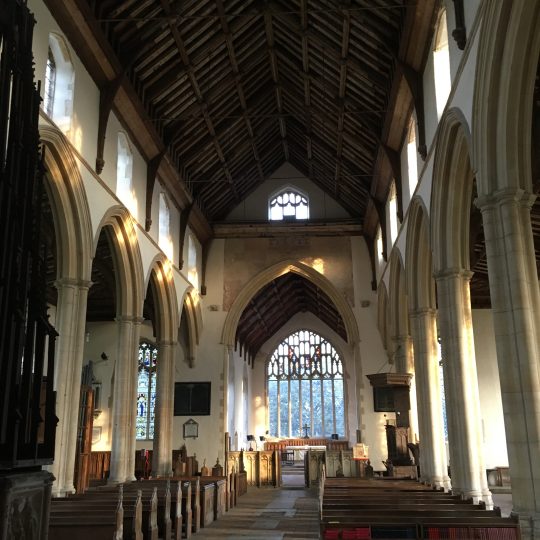 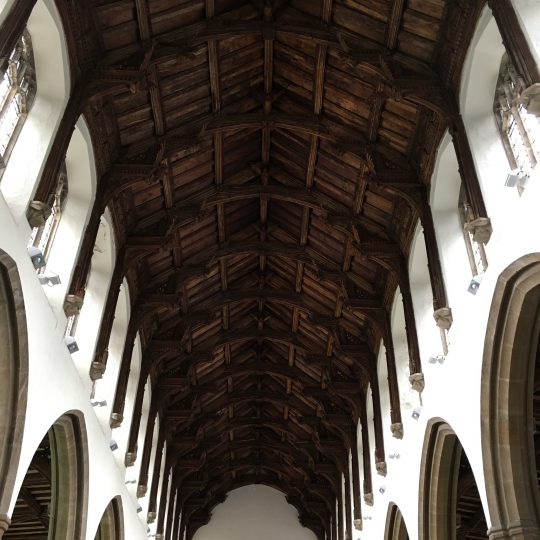 The roof angels at nearby All Saints, Necton are also thought to be chestnut, making them more resilient to insect attack. This roof was beautifully restored in 1982 but retains some of its 15th-century colour.

The angels of South Creake St Mary in West Norfolk were restored and repainted in the 1950s and might provide a clue as to how roof angels may have looked originally, gilded and gorgeous.

Heading south, Wymondham Abbey is one of the grandest churches in East Anglia, dating right back to Norman times. It was later embellished with a wonderful single hammer beam roof, one of Norfolk’s finest, with a host of intricately-carved, life-sized angels. There’s a viewing mirror to see the detail on each one and a full-sized replica on ground level to show you how large each angel really is!

St Mary’s Church in Gissing, near the Suffolk border, features one of only four double hammer beam roofs in Norfolk. An exquisite angel roof in miniature, the two tiers of angels are a mix of the original medieval carvings and later Victorian replacements installed in 1877. Gissing recently launched an Angel Trail which you can see here: 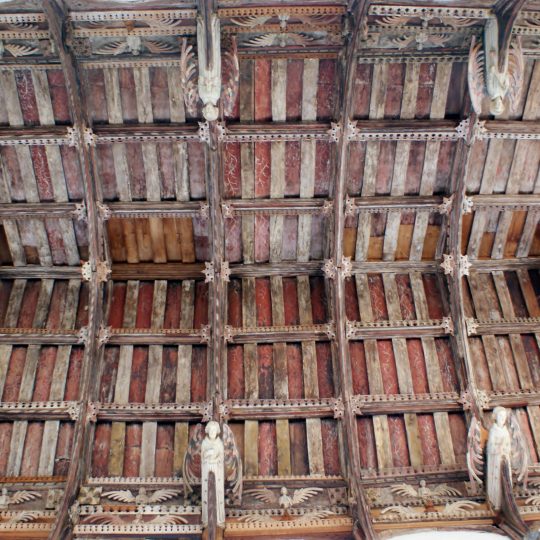 All Saints, Necton by Matthew McDade 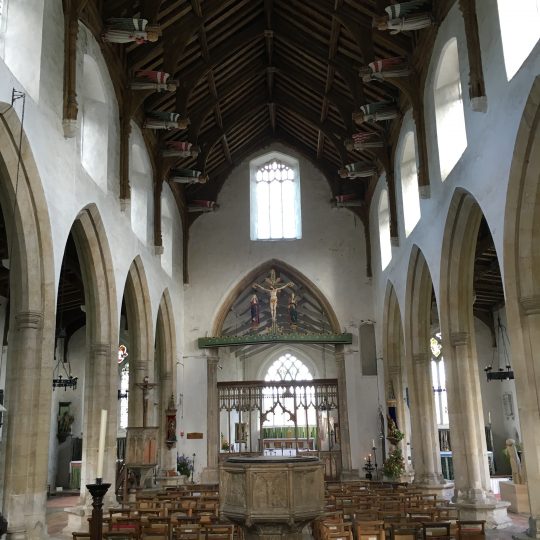 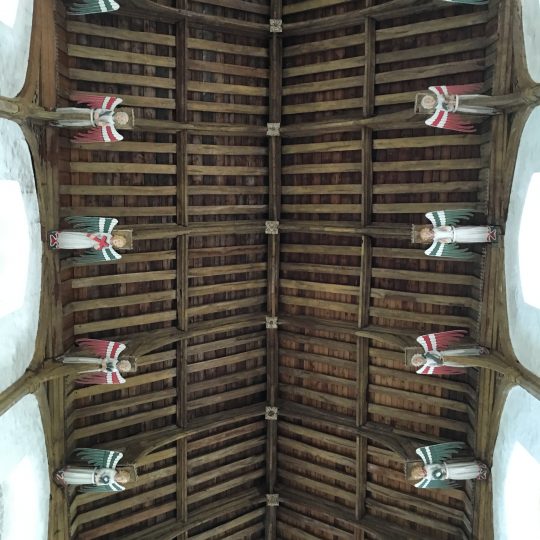 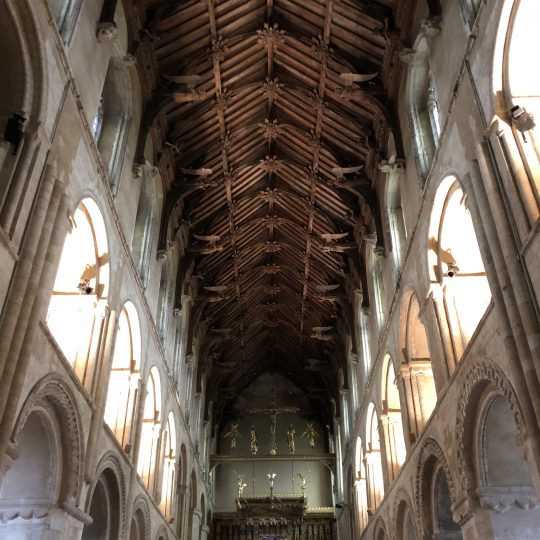 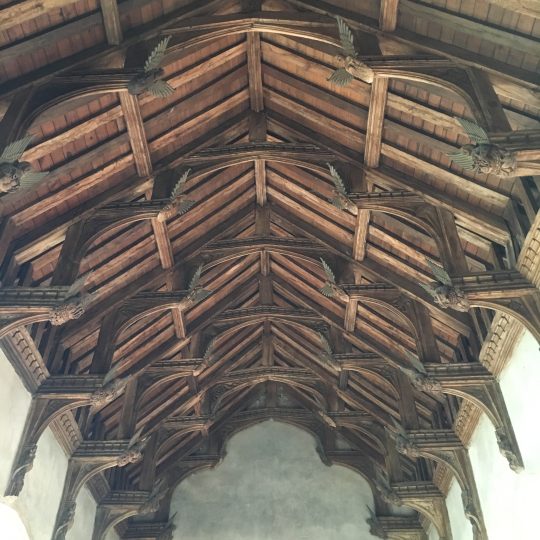 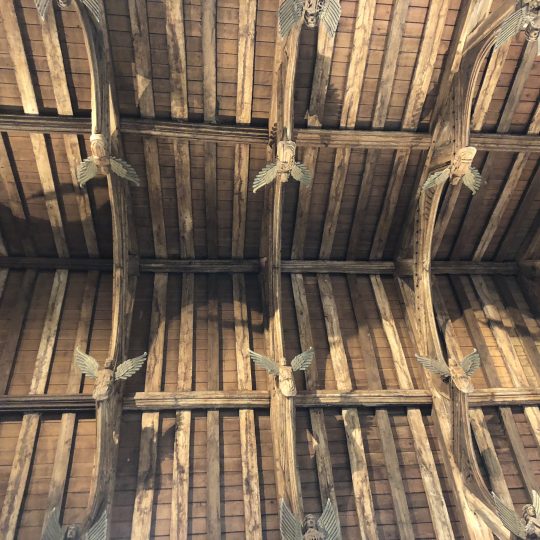 Norwich was once the largest city in England after London, its affluence reflected in the angel roof at St Peter Mancroft, right in the heart of the city, close to City Hall. The roof angels in this church are beautifully set off by timber fan vaulting in a breathtaking display of carpentry thought to date from around 1430 when the church was built.

St Peter’s Church, Ringland on the northern outskirts of Norwich was described by author Mortlock as ‘Mancroft’s Little sister’ because of its very similar angel roof on an intricate and smaller scale.

All of the churches are open from dawn to dusk but best to check opening times, especially in winter. 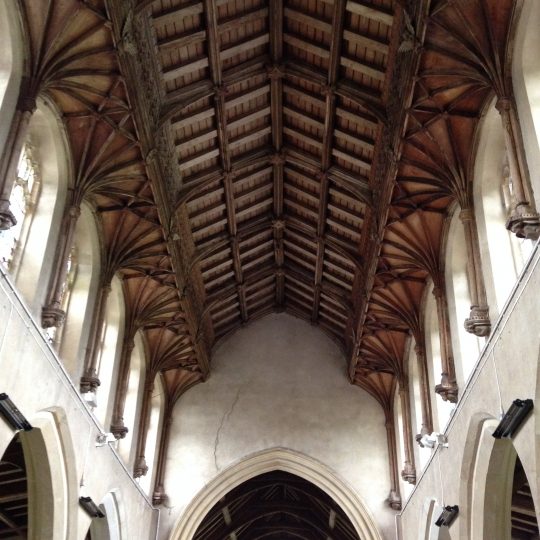 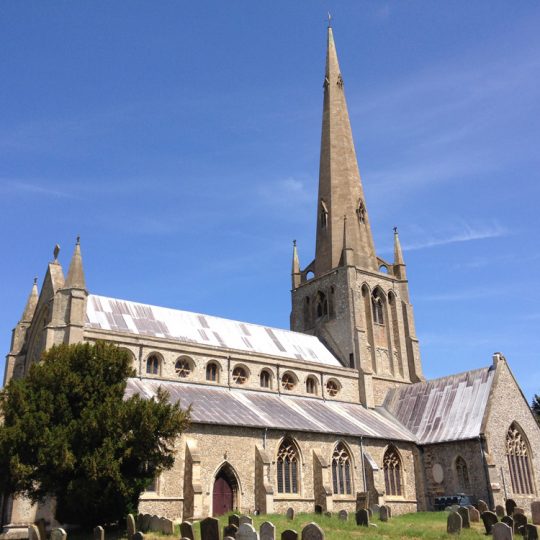 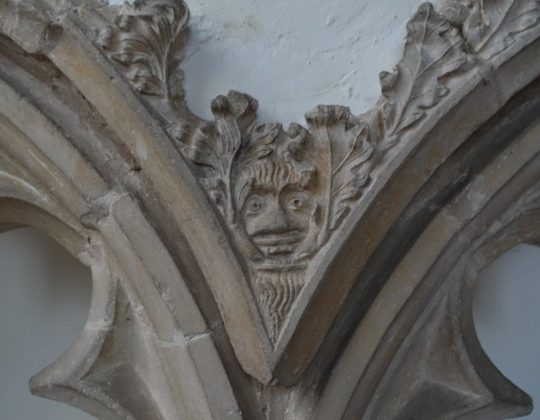